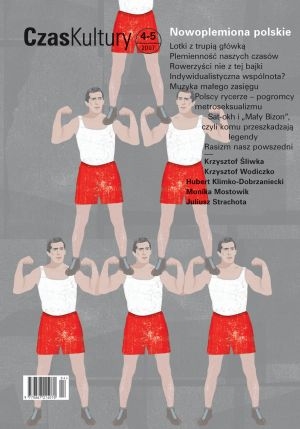 Abstract: Exactly 20 years will have soon passed since the great French sociologist Michel Maffesoli published Le Temps des tribus (1988) which quickly gained fame and acclaim in academic circles. However, the book’s truly worldwide career began when its English translation appeared nearly a decade later. The Time of the Tribes rapidly made its way into the humanities reading canon in 1996, ensuring its author the title of one of the leading theorists of postmodernism.

Abstract: Extreme sports have become synonymous with the 21st century. The word “extreme” in relation to sport is a sign of the risk that goes with doing these sports. Most of them have their origins in the United States and only to appeared in Western Europe at a later stage. Many originated as an alternative to old, well-known popular disciplines. The global boom started in the 1990s. In 1995 the first Extreme Sports Olympics took place under the name X-games. The key disciplines that are present every year include skateboarding, rollerblading, mountain biking and BMX, climbing, freestyle motocross, as well as snowboarding during the winter edition. Every year new disciplines are added to the list, but the ones mentioned above are the core of these olympics. It is crucial that the word extreme, in relation to the discipline of sport, is spelled with an “x”. This letter has become a kind of a sign. Energy drinks, cosmetics lines, magazine titles, website names, clothing lines, etc. which contain the word extreme in their names are supposed to be directly associated with extreme sports.

Abstract: Bikes lined the corridor walls which led to a small room, wallpapered with the Green party election posters, where a meeting was being held. A nook of counter-culture in the very center of crowded Poznań, housing a wobbling wardrobe and a bunch of women who in just a month will hit the headlines in the domestic newspapers. For the time being, however, the Console Association of Women (Console for short) was having its meeting there. The girls were getting ready for the Days of Prevention of Violence against Women and I was watching, listening and could not decide on what my research should actually focus. At that moment there was virtually nothing we had in common. In feminist papers and the Console’s leaflets, I had read that theirs was a well-ordered world – they had known each other and met regularly for the past several years. They had been fighting together for gender equality and they all spoke the same language which had developed thanks to the numerous books they had read and which allowed them to faithfully convey the surrounding reality which posed so many limitations on women in general. I felt embarrassed and waited for that one question: “Will you help us?”

Abstract: Turntablism is the art of using a record player as a live instrument. It allows for creating basslines, rhythms and scratches. Etymologically the word “turntablism” comes from the English word turntable, which in this case means turning the platters of the record player. The term was first used in an interview in 1995 by DJ Babu, a member of the legendary band Beat Junkies. Both he and other members of the International Turntable Federation (ITF) agreed on how to define a turntablist. According to them, it was a person who uses the record player’s turntable as a component to make music as well as an instrument to literally play music. Therefore, a turntablist generates and makes sounds on the record player and does not merely passively play music as it may be with a traditional DJ. According to DJ Hype: “A turntablist is someone who is able to put some funk into turntables with the use of their hands.” These are some selected definitions of turntablism. Its origin should indeed be directly seen in the art of dee-jaying, one of the four elements of the hip hop culture. However, this trend was present as early as the 1990s. When examining the turntablist scene today, one may notice a tremendous turn towards electronic music.

Abstract: Modern knight movements are open to people who are passionate about the Middle Ages and its culture. Fascinated with that time period, they re-enact it and popularize it which in a way makes them become a part of an experimental field of archeology. The very beginnings of the movement in Europe reach as far back as the 1960s, when the first societies that invoked the knightly culture of the Middle Ages were founded in Great Britain. In Poland it started three decades ago, thanks to Zygmunt Kwiatkowski who in 1977 staged a medieval performance at the castle in Golub-Dobrzyn. Till this day Golub-Dobrzyn remains the scene of numerous battles and tournaments which attract dozens of knight societies from all over Europe.

Abstract: In 1976, the Polish Movement of Friends of American Indians began its activity under the patronage of the Polish Native American, that is Stanisław Supłatowicz, called Sat-okh (Long Feather) and a young adult novel by Arkady Fiedler titled Little Bison. Among the members of the movement, of which I also belong to for many years now, it is believed that had it not been for these two phenomena there would have been no movement at all – or at least it would not have attracted such a large number of members and supporters. It is hard not to agree with that, at least partially. I mean partially since our movement could do equally well with another figure and a different book. Yet, it so happened and it was the activity of Sat-okh and reading Little Bison that greatly fascinated hundreds if not thousands of people so that they began noticing Native Americans (mostly North American). What is more, many of them remained faithful to their history and culture all their lives.

Abstract: I was in front of Romek’s place by 10am. His working day was just about to start. However, as it turned out, my guide was still fast asleep. When his grandparents let me in and I went into his bedroom he pulled the duvet over his head. He later explained that this is the way he relaxes before a tough day. Then his dispatcher called with the first assignment. Romek got dressed quickly, packed his courier bag and off we went. Romek’s first assignment was for an advertising agency where we were supposed to pick up some photos and then deliver them to another agency in the city center. At first the ride was quite enjoyable; the traffic in Łazarz in Poznań was not bad so we were riding calmly down the city streets. I was first surprised, recalling how some couriers complain how tough their work is. For me it was just a fun bicycle ride. This was put to a stop by Romek who began rushing me. We were already in the center, at the Kaponiera roundabout. I thought we would stop at the red light but instead my guide only began pedaling faster and urged me to do the same. The cars driving in the opposite direction started beeping and I almost ended up underneath one of them. This made me appreciate a courier’s reflex. Back in our lane, I was still a little shaken and tried to calm myself down, but Romek kept going as if nothing had happened. I sat down at the agency entrance to calm down but my companion put a stop to it and hurried me again. We went inside where the photos had already been packed. While I stood on the side and listened to Romek talking to the secretary, I had the impression that it wasn’t his first time there.