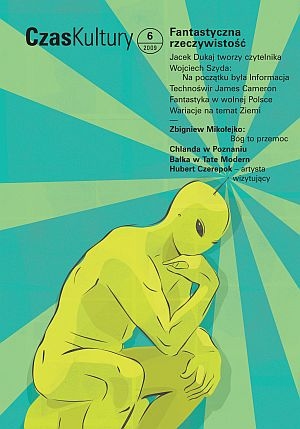 Abstract: The line between knowledge and superstition is a fine one. My impression is that fantasts are often slightly undereducated. They are unaware of the achievements of contemporary prose and the fact that certain kinds of narratives have now been deemed obsolete, and certain themes not susceptible to capture in the language of the present day. That unseen impossibility makes them similar to the uneducated Albert Einstein, who was also unaware that the science of his time was full of superstitions. By virtue of such ignorance and obsolescence, fantasy and science fiction edge into taboo subject matter. What is worse, this state of ignorance keeps it from grasping its own inferiority, pushing it towards ambition, rapacity and rebellion. That gives them a particular affinity with the Romantics and the Positivists, who before they became canonical assigned reading, were young, rapacious disruptors. And fantasts are, in my view, people who for the most part liked the works they were assigned in school. They had not yet acquired literary prejudices, and were in fact fascinated by Mickiewicz’s political involvement, Słowacki’s phantasms, Krasiński’s sociological reflection, the science fiction elements in Prus, and Sienkiewicza’s historical adventure tales. They remained faithful to the tradition against which later Polish literature rebelled.

Abstract: The idea of parallel worlds, one of the flagship concepts of SF, can take various forms in practice. The notion that other worlds exist in addition to our empirically experienced reality can be encountered in many diverse mythologies (for example the Nine Realms of Norse mythology), and the fables of various nations are full of stories about lands of marvels. Sometimes people link science fiction to the fable (that was Roger Caillois’s understanding, for example), so that we can grasp the concepts of this type that appear in SF as a kind of reworkings of archaic imaginings.

Abstract: Craft endows a film director with class, obsession with credibility. For nearly 30 years, Canadian James Cameron has told about his feeling for the technical: his love for the fruits of late 20th century technological progress, his fear of the dynamic technologization of life. He has penetrated into the nooks and crannies of a blue planet, escaping into the stars. He has visited space and explored the depths of the ocean, been on the deck of the Titanic and the planet LV-426, colonized by the Earth; he has traveled into the mists of the past and the inscrutable future. The credo of his work could be the words of Stanisław Lem: “Most technologies have their shiny facade, but life gave them a flipside—a dark reality.” In the grim decade of the 1980s, toward the end of the Cold War, there was no shortage of symbols of techno-terror. Cameron used first the Skynet computer system to awaken fear in audiences (Terminator, 1984) followed by the greedy Weyland Yutani corporation (Aliens, 1986). When the wind of historical change came, and the United States left their collision course with the Soviet Union, it suddenly turned out that man was in charge of his own fate (“There’s no fate but what we make,” the hero of Terminator 2: Judgment Day, 1991, declares),able to decide for himself and define his own humanity (The Abyss, Director’s Cut, 1992). Discussing the decline of technophobic tendencies in American society, Cameron asked his favorite questions: how do we define ourselves in the face of civilizational progress? How do we harness its products? And how restrain them from harnessing us?

Abstract: Every reader of Jacek Dukaj’s prose knows (and usually likes) the special kind of stupefaction into which the author’s range of world-creating speculations lead. In Czarne oceany we have to accept the existence of a reality that would emerge if memetics were to enable a completely new form of managing the human memory, if genetic engineering provided a way to design our entire bodies, if telepathy turned out to be a fundamental human ability and if several similar ifs were to become realities. Much of the thrill that this kind of writing allows us to experience “first-hand” springs from the fact that we have to emigrate into alternative histories, for practical purposes co-inventing with the author altered social conditions and political constellations, imagining grammars and lexicons divergent from our own. Importantly, the detailed nature of the projected vision amazes us with its ironclad consistency; Dukaj truly adheres firmly to principles once he sets them, bending everything to conform to them – including readers. This may even lead us to suspect that the way Dukaj operates within the space of Polish literary culture also resembles his method for generating variant realities. The author takes the existence of a certain state of literature as a working hypothesis and treats it as if it were an actually existing condition. His novels thus not only recreate recent and older forms of literary tradition and conventions of both mainstream literature and science fiction, but also dream up certain passive procedures, nonexistent readerly habits, putative events of earlier or current literary life; and for the time of reading, they attempt to provide us with an opportunity to participate in a complicated, bifurcated reception situation.